By Katie LandisSeptember 29, 2020 A Moment To Praise

The other day, I was flipping through YouTube as I do sometimes when I’m bored. As I was scrolling, I came across the “Strongest Man In The World Competition”. It looked so crazy that I had to watch to see what was going on! The men who were competing against each other were showing how much weight they could lift by carrying, rolling, or raising different items that weighed even more than I can imagine!

I was totally mesmerized as I watched them lift heavy weights, and then pick up weighty medicine balls and lift them onto a platform. I believe they had to do ten repetitions of those in a short period of time. One of the things they did was roll what looked like a huge tree that had been cut down with the leaves removed. Even though all of these crazy things happened, none of them prepared me to see the competition’s final test of strength and power.

Guess what the competitors had to do? They had to carry, YES, CARRY a Volkswagen Beetle car across the stage! I’m sure you all know what that car looks like. It looks just like its namesake, a beetle, but it’s much heavier than a real life beetle!  Here’s a picture so you know what the car looks like. 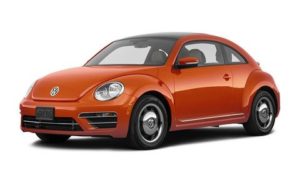 These cars weigh 3,239 pounds! These men were carrying this kind of car across the stage! I couldn’t believe it. What an amazing show of strength!

Later on, as I read God’s Word, I realized that God is much stronger than those guys! And so much more worthy of our praise! Take a glance at this passage.

God is strong enough to create and move mountains. All through the Bible, God showed incredible acts of strength. To name a few: parting the Red Sea, creating man and woman, causing a flood to come over the land and destroy it all, and speaking from a burning bush. There are so many more. Finally, we cannot forget God’s most incredible act, raising Jesus, His son, from the dead!

God wants you to know that He is strong enough to deal with the things in life that weigh you down. He can take care of these things easily! Do you know why? God is more powerful than the most powerful man in the world. Think about it! He created that guy!

Parents – we know how to make our kids physically strong with good nutrition, lots of rest, water, and physical exercise.  Let’s also keep them spiritually strong. Check out this article!

Have a great week!