There is nothing like the wave of color that spreads across the trees of this great sate to cause one to slide into a “Fall” state of mind. As the colors deepen and drown out the last of the green leaves, my mind turns to all things autumn. I love the deep brown of dead corn stalks and the rust brown of soy beans waiting to be harvested.

Nothing is more beautiful to me than a lawn carpeted with leaves of various shades of brown, red and yellow. There is something in the crunch of leaves under foot during a leisurely stroll that satisfies the primal soul as it drains away the demands of our rushed modern world. Such a scene is surpassed only by leaves animated by the wind. Released from captivity they run along the ground and interact with each other like carefree children; or suddenly they take flight and ride the currents like  great raptors soaring on unseen thermals.

But Fall is more than harvest season or colorful leaves playing in the streets. It is a reminder that we live in a world of constant change. Autumn didn’t just drop out of the sky suddenly, but it has been in a subtle process for weeks now and it slowly but inevitably will dissolve into Winter.

This slow but continual change is as good an analogy for life as can be offered.

For example, I don’t remember when I began to experience physical pain every morning when I move to get out of bed. I only recognize it now that it has reached a certain threshold. Kind of like missing the first few leaves that hint at the approach of fall, but then suddenly catching a sundrenched mountain side of full color. Our perception of change only kicks in when that change reaches a certain threshold and then we are suddenly struck with the reality that things are different. It seems like just yesterday we were celebrating the 4th of July!

To a very great extent, the same is true of life in general. The pile of leaves I jumped in when a child looked just like the pile of leaves I rake up today, but my body will no longer tolerate a belly-flop into that deceptively soft looking pile of leaves. When did this change happen? Like the season itself, I suspect my  physical limitation did not suddenly happen, but it evolved over the course of many years until one day the suddenness of the subtle but relentless change happened.

It was the suddenness of that slow but relentless change that really rocked me just a few days ago. Karen and I were discussing how we would celebrate Thanksgiving Day (the epitome of Fall for me) now that Dad sold his house and would be coming to live with us. Without much thought, I said that perhaps Dad would want to celebrate one last Thanksgiving meal at his house . . .and the suddenness of the change that has been coming for 50 years hit me like a ton of bricks.

I will still stroll in leave covered woods, but it will not be in the woods where my brother and I  played cowboys and Indians. I will still celebrate Thanksgiving Day with family and friends, but after this year, it will never again be in the house where I was nurtured and my parents spent their entire married life. On some level we actually do see change coming, but it almost always takes some defining moment for that change to really hit home . . . and that defining moment always seems sudden.

It is the suddenness of that defining moment that causes many to become reactionary. Change may have been on the horizon for many years, but the suddenness of recognition causes us to try to stop the change. But herein lies a fundamental truth, I cannot stop the leaves turning from green to gold because I do not like the season that follows (here envision winds howling and snow blowing).

I like what the great story teller Garrison Keller says about falling: “It’s not the fall that hurts us, it is the things we do to try to keep from falling that hurts us.” Generally change in our world is not what hurts us, but it is the things we do to try to stop the change that causes us damage. We are living in a time of great national distress but that distress is not so much from how things have changed as it is to the lengths and tactics many people are willing to employ to stop that change. Hate, blaming, finger-pointing, demonizing, warmongering, belittling and division will not stop the change that has been coming my entire life anymore than yelling at the trees will stop them from changing colors.  The above mentioned actions only make living in the season harder. Winter is coming whether I like it or not.

It is time for Christians to quit engaging in, accepting, tolerating, or ignoring the current atmosphere of the Harlot Rome and to reclaim the humility of Jesus the Christ. This season is the perfect time for confession and healing. We can reclaim Christ by nurturing the spirit of Thanksgiving.

When you read about the very first Pilgrims you don’t get the sense that they blamed their very bad plight on the government in England, or their provincial leaders , or people of a different color for their terrible circumstances. They thanked God for the life they had, for the food they had, for friends and families they had in the midst of the bleakest of times. Our current national distress speaks more to a loss of the Christian spirit of thanksgiving than anything else.

I am going to kick leaves, watch the harvest, enjoy the cool air, eat a Thanksgiving meal with my 93 year-old father, and thank God for all that is! 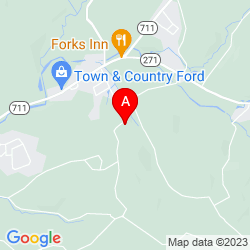